Celebrity-ism Leads to Cultures of Religious and Secular Hierarchy 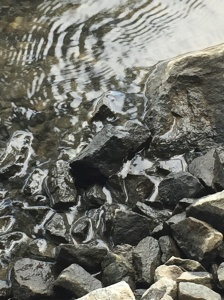 As members of society, we are part of both spiritual and secular cultures and hopefully our desire is for every person to reach their maximum human potential. If that statement is true then you are doing your part to help human evolution. However, I sense  a negative reverberation flowing contrary to the progressive evolutionary process taking place in human society today. I could be wrong, but  I am perceiving in my global connections that there is an ever-increasing part of our human population that are feeling marginalized, losing hope, having low expectation of evolving forward and worse they have an even lower expectation for their children and the generations that will follow. I believe this reverberation is a direct reflection of the value systems with in our various cultures.

We have reached a point in America’s history where its secular and spiritual cultures are beginning to recite a mantra of thought that says to 99% of its citizens that only 1% of it people have a chance to live out the American dream. But the crazy thing is how this 1% is worshiped by the 99% and thus cultural hierarchy is formed.  In other words, 1% of our human brothers and sisters have achieved celebrity status. Our cultural systems have become so perverted  that it only values, the best actor, best musician, largest net worth, the prettiest looks, the fastest runner, the team with the most wins, the pastor with the most followers, the guy with the best job, or the coolest car, or the family with medical benefits.

Phil 2:7-8 (NLT)  Instead he gave up his privileges; he took the humble position of a slave and was born a human being. When he appeared in human form, he humbled himself in obedience to God and died a criminal’s death on a cross.

The original purpose of competition was to bring out the best in everyone. However the effects of over honoring the success of winners creates what I call celebrity-ism and results in hierarchical structures in our secular and spiritual cultures. Examples of this can be seen in reality TV and in the Mega Churches.

If the goal is to convince every human that they are in fact a Child of God then an evaluation of the outcomes needs another review. Well-meaning television shows that try to help people lose weight, dress better or fix their business, in the end only help a few and quickly move their focus to the star of the show for ratings. The same is true for ministries. Likewise, the goal of helping everyone walking through the door of the church quickly becomes all about the tithe to keep the ministry afloat.

Jesus had a way of empowering everyone He met. He was always trying to get each person to look at their life situations from the spiritual perspective as opposed to the material perspective. In Luke 15 Jesus tells three parables about the rejoicing that takes place when something that is lost becomes found. This is the true celebrating that is needed today.

The truth that every person is loved by God, is the heart of what Jesus came to reveal. Humanity perceives itself to be separated from God and so it lavishes affection on the so-called best and brightest among us. We create our celebrity’s or demigods among ourselves so we can create a feeling that we are winners.  Even our electoral process causes us to reveal our feelings openly to the point we feel we must destroy the opponents of our choice. Fixing the competition with the focus on winning and losing is missing the point. Regardless of the last victory or lost we need to recreate our cultures so that everyone enjoys trying to overcome tougher and tougher challenges as a way of life.

Celebrity-ism has become the default perspective of the materialist. Even worst the spiritual perspective that elevates the totality of humanity to a place of equality is lost to many of our spiritual cultures. In the end these hierarchical and celebrity oriented cultures can only motivate out a sense of  jealously.  Today the children of America and the world are spiraling in their need to feel love (like winners) within their own cultures. For most cultures the only way to create this feeling of love is to impart shame and ridicule on others not in their sub-culture. If ever, any love was showed to another by one’s own culture, it would be treated as an act of betrayal.

Therefore competition has become a tool for choosing of winners and losers by many secular and spiritual sub-cultures to express love on its membership.  Our spiritual and secular cultures today desperately need a renewed vision if we are to make winners of all in humanity. Our definition of winning must not remain defaulted to “not losing”, but instead the fulfillment of overcoming the obstacles set before us. Jesus rightly brings out this point in the last part of the parable of the lost son.

Luke 15:31-32  “And he said to him, ‘Son, you are always with me, and all that I have is yours. It was right that we should make merry and be glad, for your brother was dead and is alive again, and was lost and is found’”

So let us go forth and celebrate everyone equally.