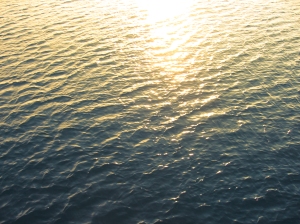 This post will look at a relatively new rule of evidentiary procedure. A “Brady Violation” occurs when the prosecution fails to disclose evidence that is exculpatory (favorable) to the defendant or disclose an agreement of leniency in exchange for testimony. The office of the prosecutor is not forced to discover evidence favorable to the defense, but if during the investigation if it discovers evidence, it must reveal that evidence to the defense. The goal of a legal system should be to provide justice and remain blind to all political influence.

In the business world individuals, corporations and nations when they discover something a paten can be placed on the discovery for their exclusive use. The discoverer has total discretion concerning the discovery and can use it for personal profit or share the benefits with a select group of friends. However, the justice system is organized with the belief that full disclosure of all evidence is the best way to bring about the understanding of truth so the judiciary can make fair decisions. This highlights a major difference between the justice and the business market system.

Psalm 89:14
Righteousness and justice are the foundation of Your throne; Mercy and truth go before Your face.

So in trying to show how we could handle evidence concerning the Kingdom of God (K0G) let us notice the similarities for the disclosure of evidence. Remember that Kingdom evidence establishes fact and provides truth concerning the KoG. Therefore suppression of Kingdom evidence is not a way we should handle this evidence. The scripture that refers to “hiding your light under a bushel” would be in application if we prevented the truth from being known. Our goal as ambassadors is twofold. The first is to reconcile the estrange children of God to an adoptive relationship with their heavenly Father. The second is to advance the purpose and mission of the kingdom so it may have the effect to free people from the bondages of this materialistic world.

Since the mission “on earth as it is in heaven” is not complete we witness the evidence of bondages such as sickness, death, poverty, and broken relationships. When members of the Kingdom exercise their kingdom authority they set people free from the bondages of this world. For example, when people try to escape poverty and war of one nation by getting a new passport and it does little to help one achieve escape velocity from the cultural mindset. The same is true of people that move from one church to another church organization there is little or no spiritual transformation and most likely Kingdom living is not the result of the move.

I would also guess that in the days following American Slavery life as a share cropper probably provided no visible evidence that the civil war had provided freedom. But now that we have a common knowledge of the truth concerning the illegalities of slavery, if we visited a home and witness slave like conditions something would rise up on the inside of us prompting us to do something to free that person.

John 8:32
And you shall know the truth, and the truth shall make you free.

The same is true for true spiritual freedom. We have heard testimony and seen evidence of cults and control freaks in leadership, but do we have enough evidence to understand what would  Jesus did to be free and set others free? If the answer is to change church organizations then we have not the understanding of the Christ evidence. I am talking about individuals walking the earth today in the authority of “the Lord is my shepherd” and demonstrating the Kingdom of God. I must admit that my life falls short but that does not deny the evidence of biblical truth.

My question is what evidence will we demonstrate from the Kingdom? The knowledge of evidence sets people free and we witness greater lifestyle changes as we become the living evidence for others to witness. If everyone in our circle of influence is still in bondage then we must examine the Kingdom evidence we are providing.

1 Corinthians 2:3-5
I was with you in weakness, in fear, and in much trembling. 4 And my speech and my preaching were not with persuasive words of human wisdom, but in demonstration of the Spirit and of power, 5 that your faith should not be in the wisdom of men but in the power of God.

Note: Remember the Kingdom is within your being. If you are looking for or expecting something to come from outside of your being it will not be Kingdom evidence. Evidence such as love, justice, peace, redemption, health, wealth and truth all come from the Kingdom within and we allow God to flow out to others as evidence. I see you I see the Father.