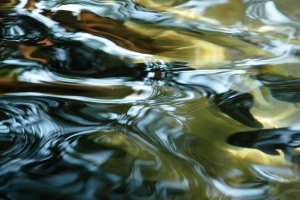 One of the principal concepts of evidentiary law is the Chain of Custody (CoC). This is simply the process that documents the seizure, custody and disposition of evidence. The subject of our evidence in this blog is that which establishes the fact about the Kingdom of God. If we are presenting evidence it must also be authentic. The chain of custody helps to establish the validity of our evidence.

Today we live in a world of mobile media that is socially networked and people work very hard to stand above the noise to gain our attention. For example in the Christian evangelical religion of which I am most familiar, claims of revival are used to generate momentum and established religious authority to validate ministry. Historically there have been many charlatans throughout the centuries that have tried to manipulate the devotions of people for various reasons, all claiming to have authentic evidence that proves they have access and authority to God’s spiritual Kingdom.

So how do we respond to those claims of evidence that are being presented? More importantly how can we be sure that the evidence we have gathered will reveal the spiritual world that the son/daughters of God have been granted access. If we allow ourselves to get into a hype battle with the material world then we cheapen the spiritual integrity of our relationship with our heavenly Father.

A chain has the purpose of binding things together.  In this case we are binding the truth of spiritual reality to our brothers and sisters who have become dull or are asleep to the spiritual truth. Depending on the degree of separation between two objects the type of chain or evidence must vary. Also if the pull on our minds by material objects then we must forge an effective chain to establish a spiritual relationship. What separates most in the material world from spiritual truth is a lack of conciseness and understanding of the reality concerning the spiritual realm.

Our material world is full of icons, symbols, and events that should connect the conscience of mankind  to the spiritual kingdom. Sadly, most of the evidence has to do with religion or the replica of spiritual reality in this material world. So when the church bell rings, when the Imam calls people to prayer, when people wear religious clothing and hair styles, or even if the news speaks of the events surrounding a holy war, the minds of mankind are not quickened, nor is their thinking transformed and focused on the spiritual. This is because chains of religious evidence can only arouse a connection to a material reality.

Likewise in a judicial court the purpose of evidencein custody is to tie the juror’s back to a moment in time, to establish a fact surrounding an event. Spiritual evidence is eternal and free from the bonds of time. So what is the truth behind our evidence? Simply put, it is the fact that God is one with mankind individually and that each individual can choose to live in that reality of spiritual oneness with their heavenly Father. Material reality and the events that happen in the temporal realm are real but unless we understand the relationships between the material and spiritual worlds we can miss the cause and effect of these relationships.

Here is a little biblical history or evidence that ties these two worlds together. Adam our earthly Father before his consciousness changed was able to demonstrate the oneness of the spiritual and the material worlds as a human being in flesh. His relationship was such that he and eve walked with God. However when their conscious changed they hid from God, who asked who told you were naked? From that moment I submit to you as biblical evidence that man was no longer had a consciousness of being one with God. But that was not nor is it the point of view of our Eternal Father. The bible calls this new mindset of Adam the “knowledge of good and evil”. That was the moment when mankind separated God from itself and everything.

Some 4000 year after Adam and Eve walked out of the garden, Jesus Christ of Nazareth came to reestablish the spiritual reality that men and women individually can renew their minds to the understanding that they are one with God. The bible calls Jesus the last Adam and the bible calls this new mindset the “mind of Christ”. With this consciousness Jesus was able to demonstrate the unity and authority available when mankind becomes conscious of a relationship with their spiritual Father. Jesus was famous for saying “If you see me you see the Father.”  From the human point of view He was convicted and crucified for blasphemy when He stated that He was equal or one with God. The truth of spiritual reality is that when we are one in the spirit we are also one in the natural. But from an earthly point of view the equation does not compute.

John 17:22-23 (NKJV)  And the glory which You gave Me I have given them, that they may be one just as We are one: 23 I in them, and You in Me; that they may be made perfect in one, and that the world may know that You have sent Me, and have loved them as You have loved Me.

So what matters with evidence, be it biblical testimony, spiritual evidence, or material evidence, is what is chained to the evidence and what fact is the evidence trying establish. Jurors examine evidence and its authentication to judge facts. Anyone can make claims concerning the spiritual realm but can we prove those claims to jurors who are materialistic in their training and understanding? Can we forge a chain of reasonable strength for a jury of our peers so they can say that the evidence speaks for itself?

As we live and gather evidence we must remain mindful of the facts concerning the spiritual reality we are establishing. The religious among us have their agenda for which they present their evidence. But we who are spiritual must be faithful to our mission. We live in a world in which all people are trained to live only by their natural senses and we are tempted every day to return to the state of sleep. But by the grace of God we have become awaken to the truth of the spiritual realm.

Gal 6:1(NKJV) Brethren, if a man is overtaken in any trespass, you who are spiritual restore such a one in a spirit of gentleness, considering yourself lest you also be tempted.

One response to “Chains That Bind”